favorable or desired outcome; also: the attainment of wealth, favor, or eminence, And “successful” as resulting or terminating in success.

But how do you define that? What is wealth, favor, or eminence? When do you know you’ve reached it? When does ‘success’ hold as a destination as opposed to a moving target?

We don’t think it does. The idea that success is a destination creates a false belief that once you arrive, you’re done. But life is constantly moving. There are always new things at which to succeed. This false dichotomy leads to feelings of failure, fraud, doubt, comparison, imposter syndrome, and the constant questioning of whether or not we are worthy of the label ‘successful’.

We don’t believe success is a destination. We believe it’s the journey. It’s the continued pursuit of becoming the best version of yourself. It’s turning daydreams into big visions, visions into goals, and goals into implemented action steps and achievement. It’s celebrating the series of failures that imparts us the wisdom to figure out something new. It’s the mindset and lifestyle of showing up every single day knowing that we have a purpose on this planet, and that when we do our best and keep moving, we cannot fail. Because failure only comes when we give up. When we keep moving, it’s just one step closer to success.

We believe in being successful(ish).

So celebrate failure with us! Successful(ish) is a community of kick-ass people who are showing up every day. Hear stories from business owners, CEOs, corporate climbers, moms, inventors, thought leaders, and all shapes and sizes of people living successful(ish)ly. And join our Facebook community to share your own!

Successful(ish) isn’t only about collaborating with the community and hearing stories- it’s about challenging ourselves to continue growing. We’ll also dig into the how-to specifics of how to approach success in areas like identity, relationships, work, health, hobbies, and share a plethora of tips, tricks, and inside scoops.

Join us as we share inspiration and expertise on living successful(ish)ly. Listen here or wherever you enjoy podcasts. 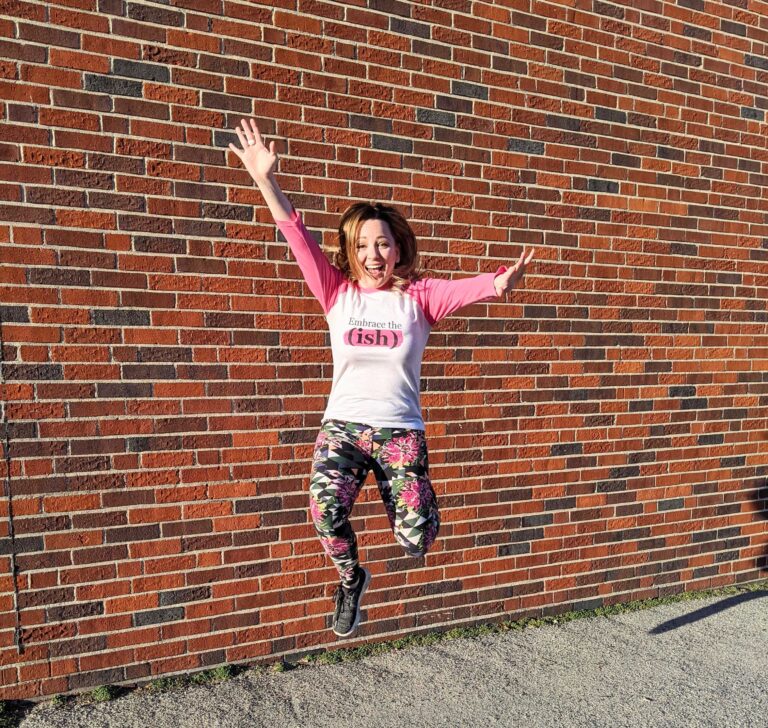 Sarah first thought up the word ‘successful(ish)’ in what she lovingly refers to as the great fail spiral of 2018.  Though she had created her business, HoneyMAP, to be a hobby business to keep her energized while raising a family, she found herself abruptly facing the responsibility of being the sole breadwinner without the husband and baby that her business was built around. As she weeded through personal crisis and the challenges of growing a profitable business, she created a new model based on what was actually needed to help her and other business owners create and grow successful brands. This process tripled her revenue and client growth within the year and she now helps other business owners walk through the same challenges to come out the other side successfully. As she tunnel-visioned on the goal she needed to achieve, she realized she was completely missing all of the successes she was stacking behind her. She was, by all definitions, successful(ish). Once she removed the pressure of being magically at an ending destination and knowing everything at once, she was able to appreciate the success she had as a brand expert while simultaneously growing her vision towards global success. As she began to share her personal story, she found she wasn’t alone in missing the failure-fun-filled process of figuring it out. She dissected all of the components of her life that contributed to her being successful, and launched the Successful(ish) podcast in October of 2020.

Sarah continues to redefine success as the CEO and Founder of HoneyMAP. Sarah combines agency and internal marketing wisdom with her peer counseling and personal experiences to help CEOs and business owners establish healthy brands from the inside-out. From brand identity to marketing strategy to messaging, Sarah has helped hundreds of people own their voice and vision. She has since created C-Sweet, a membership platform for business leaders to gain personal and professional insights into leading more successful businesses and lives. And she has created the Successful(ish) podcast and lifestyle brand.

Her mission is to sweeten the world by ending identity crisis and she is passionate about creating strong brands. Sarah speaks and leads workshops nationally and is currently writing her first memoir. When she’s not working, you can find her hiking with her two puppies, taking spontaneous road trips to find cute coffee shops and bookstores, or enjoying a hot date with avocados and Netflix.